Welcome to another edition of the Krautshell! This week, it’s tough. Mats is sick (get better soon!), Max is on vacation and all our brave substitute writers have to work for our clients (damn it). Besides some solid intel articles, this leaves you this week with Jonny, who actually is also sick but wrote a House’s View about the political system and corruption scandals of his new home Austria – brought to you by 5 hours of sleep and an aspirin. Lastly, enjoy Szilvia’s thoughts on working groups for political problem solving. So, unfortunately no long story short, not many articles and no proof-reading through an English native 🙈

Have a great weekend and stay healthy!

Monetary guardian versus XXL inflation: Round 3

The European Central Bank (ECB) seems to be finally stepping up to the plate with yet another move to tackle record high inflation levels. Putin’s war on Ukraine and the consequently out of the roof energy and living prices across Europe gave the ECB a whole new life mission. The monetary watchdogs around ECB chief Christine Lagarde decided on Thursday to increase the so-called “main refinancing rate” by three-quarters of a percentage point, as they did in September – to 2.0%. The deposit rate, which is decisive for the financial markets, was increased by the same amount to 1.5%. This is already the third raise this year. Still, the usually rather passive ECB is now ready for further action and signaled its intention to continue battling inflation by aligning the future path of key interest rates with developments in the inflation and general economic outlook. In addition to interest rates, the ECB will change the terms of the TLTRO lending program (not to be mistaken with the tl;dr program #LOL), launched during the Corona crisis, which provided banks with billions of dollars in profits through favorable funding conditions. Now that Corona seems to be forgotten/over/replaced by the next crisis (pick one), the program needs to be recalibrated. Let’s see which further sacrifices will have to be made along the road whilst fighting inflation.

The prized possession of every traditional German’s household, their (preferably German) combustion engine-based car, is now set to be phased out.  On Thursday night, EU lawmakers came to the provisional agreement that no new cars with combustion engines should be sold in the EU by 2035, thus initiating the end of an era of gas guzzling cars in Europe.

The legislation marks a significant step for the EU, which aims to pass a substantial climate change package dubbed Fit for 55. The goal of the package is to reduce EU emissions by (big surprise!) 55% by 2030 when compared to the EU’s 1990 emission levels. In order to achieve this rather ambitious goal, the EU also agreed on intermediate steps. These steps include that the average emissions of new cars need to be reduced by 55% by 2030.

So far, no plans have been announced to ban the driving of combustion engine-based cars, meaning that old-school Germans will not be separated from their better half in the foreseeable future. 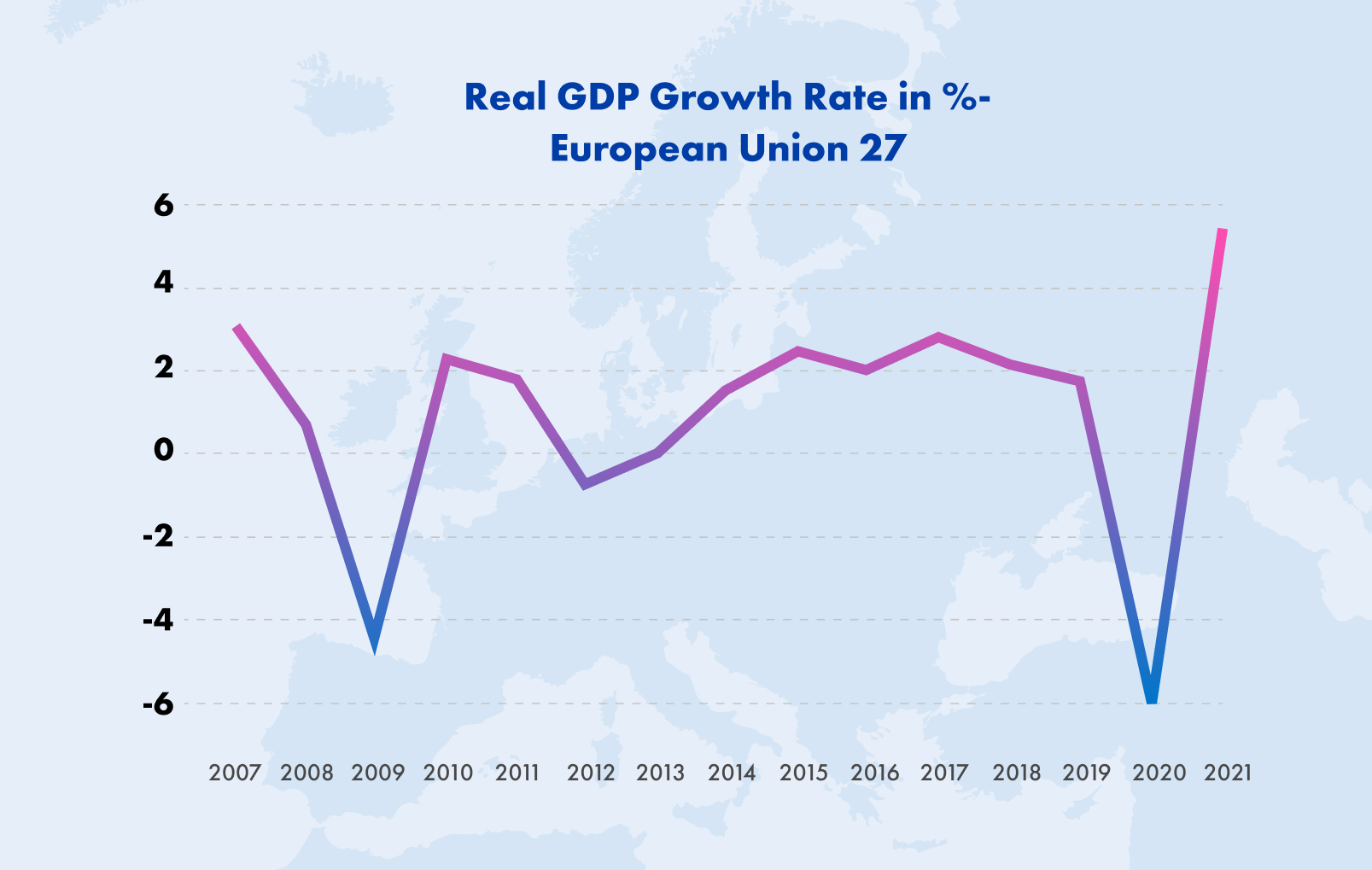 As I never tire of mentioning lately, much to the delight of everyone around me, I’ve moved. My strategic 10-year plan, based on just not living in Berlin (sorry, dear colleagues!) is entering its next phase: from the beautiful northern German city of Hamburg (undeniably the most beautiful city in all of Germany), I moved to Vienna in August (arguably the most beautiful city in Europe) and the city with the highest quality of life in the world. But since everything has a catch, Vienna is unfortunately located in Austria. So today I would like to take the opportunity of our Chaos issue to speak as a German about Austria and the unimaginable chaos of Austrian politics. A thing that is about as popular in Austria as Soccer is in the USA. Since no one can prevent this article because everyone is sick: let’s go!

To be fair, Austrian politics is not very present in German media. And whenever something comes up, it’s because the next corruption scandal has been uncovered. And there have been plenty. The more recent scandals surrounding the current conservative ruling party ÖVP began in 2019. Then, H.C. Strache, head of the right-wing nationalist FPÖ (at that time the ÖVP’s coalition partner under Chancellor Sebastian “Basti” Kurz) was filmed on hidden camera in Ibiza. There is so much drugging in the video that it makes some hip-hop music videos look like Sesame Street by comparison. Strache is also seen suggesting to a fake Russian oligarch that she may buy the Austrian tabloid “Kronen-Zeitung” in exchange for government contracts to “write him into chancellor.” Spicy.

The video was leaked, Chancellor Kurz came under pressure and dropped the coalition partner. A coalition with the Greens follows. Conservative and right-wing nationalism is followed by conservativism and climate protection. Well…

To understand current Austria, one must understand the now ex-Chancellor Kurz. He was the beacon of hope for European conservatives. Now 36, he became foreign minister at 27 and chancellor at 31 years old. While during the “Ibiza scandal” one was perhaps still inclined to believe that only the right-wing nationalists could be so stupid as to plan something so corrupt, we now (unfortunately) know better. The latest scandal, which forced Kurz to resign, brought forward allegations and chat histories showing that Kurz and his supporters themselves paid a pollster to produce falsified polls in 2016, which at the time helped Kurz bring down the former chairman of his own party, making Kurz the candidate for chancellor. Kurz then managed to win the election against the Social Democrats’ incumbent.

Is Kurz the architect?

When it came out that polls were rigged to ultimately make Kurz chancellor, Kurz denied any knowledge of it, but resigned anyway. But that was a while ago, so why are we writing about it now? A few days ago, a (not so) new player entered the big stage: Thomas Schmid. Schmid was Kurz’s closest confidant for years and used the corrupted structures around his patron to become the head of Austria’s largest investment company. Moreover, it was Schmid’s cell phone that was seized by the public prosecutor’s office in the course of the Ibiza scandal. On that phone, however, all the other news was then found that initiated the new corruption scandal #badluck. So far, Schmid has kept a low profile, but now he seems to realize that loyalty to Sebastian Kurz is not worth going to jail for (and also he let everyone knew that his mother told him: “We raised you to be an honest boy”). So, Schmid turned himself in to the public prosecutor’s office in the hope of becoming a key witness and testified comprehensively – over 400 pages of interrogation transcripts.

Unfortunately, the whole affair is far too complex to go into all the details even in this longer format. There is still job haggling, bribery, enrichment and many other unpleasant things to uncover. The investigation and evaluation of the material will probably take another two years. Then, however, Sebastian Kurz, by now a valued associate of Trump-friend Peter Thiel (WTF again?), will in all likelihood have to answer to the courts. And he faces a prison sentence, with talk of up to 10 years. Already now, some former high-ranking Austrian politicians are behind bars and many others are accused for various (alleged) corruption scandals.

Many of them, and especially Kurz and his personal entourage, made a bet. Against the rule of law in Austria. In their fantasies of omnipotence, they apparently believed that they are now bigger than the law or the state. The meticulous work of the investigators and prosecutors of the Austrian Economic and Corruption Prosecutor’s Office impressively proves them wrong. Despite many threats and intimidation attempts by politicians, they have dug through vast amounts of material and gradually shed light on the Kurz system. We would like to call this, according to the suggestion of Falter editor-in-chief Florian Klenk, the “House of Kurz”. Note: One bad German pun per issue is contractually obligatory.

Are you stuck? Form a working group!

Let’s say the EU is not entirely happy with the Inflation Reduction Act passed by the Congress in August, including tax advantages for buyers of electronic cars if a certain proportion of the battery parts come from the USA. But before running to the WTO, which admittedly would take ages, the EU and USA are trying to sort things out between themselves. First step of order: Set up a task force (aka “working group”)

It is an eternal wisdom of German politics: “Wenn du nicht mehr weiter weißt, bilde einen Arbeitskreis” (=> Title of this WOOM). With a German as President of the EU Commission (and as her head of office), it’s no surprise that the magic tool for unknotting the Big EU-USA Transatlantic Gordian knot is called: “US-EU Task Force on the Inflation Reduction Act.”

But honestly, what’s the point? You would think we would either seize the opportunity of having like-minded political leaders on both sides of the Atlantic and solve substantial problems like the one on transatlantic data flows or the political leadership makes it very clear that national interests, like “buy American” are more important than free trade.

Joint working level sessions without political vision are nothing more than a fig leaf for covering up the saddest cluelessness or fundamental disagreement on the top level. (On that note: French President Emmanuel Macron and German Chancellor Olaf Scholz just agreed to create working groups on Energy, Defense and Innovation policies to settle diverging visions…)

Even with President Biden, positions around the concept of free trade between the US and the European Union are at least as far away from each other as Washington DC from Brussels. At the same time, lip confessions on strong transatlantic ties happen on a daily level. For everyone’s sake it would be better if we stopped beating around the bush and be more honest about what that means to us. Maybe we should set up a working group to figure that one out…