This week, the EU unveiled its counter-initiative against China’s massive investment project, the Belt and Road Initiative, and it was… a little disappointing. Also, Chancellor Merkel received some high military honors on her farewell tour. Take a look at the WOOM to hear Anna’s take on it. Finally, read the House’s View to find out how the future of the far-right in Europe could potentially look like. Otherwise, happy reading and have a great start into your weekend!

Back in 2013, China introduced its “Belt and Road Initiative” to promote connectivity between Asia, Europe, and Africa with an investment volume somewhere in the ballpark of four to eight trillion USD. At that point, the Western World, especially the EU went “oh s***,” as China now could exert influence in the so-called “European Neighborhood” through heavy infrastructure investment. And that’s exactly what China has done over the past (almost) decade, creating so-called debt traps in countries like Montenegro. So, naturally, the EU introduced a counter-investment plan, the “Global Gateway…” eight years later… with less than one-tenth of the investment volume…

To be specific, the draft proposal plans for 300 billion euros in investment by 2027, financed through a mix of EU Member State spending, money from European financial institutions, and private sector spending. Investments will primarily focus on digital, energy/climate and transport projects.  So, why would a country looking for investment choose the EU over China?  In short, the main selling points are higher environmental standards and more transparent conditions for grants and loans. Also, the EU is hoping that countries will flock towards these investment projects because of their link to the EU’s values like democracy and good governance. Additionally, Brussels can tack on extra benefits through organizations like NATO, OECD, WTO, etc. While that all sounds well and good, it’s hard not to be skeptical. First, China has been working for years to build up these projects, while the EU is only coming to the table now. Second, some countries, or at least their governments, likely prefer China’s “no-strings-attached” investment conditions, which give them free reign to decide how exactly they will use the money. Only time will tell. If you want to find out more, feel free to ping us!

What should you know about Éric Zemmour who will be one of the challengers of French President Macron next year? Well, according to what you read, the 63-year-old is against the equality of men and women and was fined for the incitement of racial discrimination in 2011. According to an op-ed in Haaretz, he is the “Jewish hair to a particularly vicious French brand of antisemitic nationalism”. Btw, the same article framed him as “not the French Trump but far worse”. Well, sounds like a fun guy to talk about. So, what are his chances?

Before he officially announced his candidacy, his chances actually looked quite good. After he officially announced his candidacy, those chances seem to be significantly smaller. In polls, he comes in third behind Macron and the other far-right politician Marine Le Pen. What happened? He showed protesters the middle finger, had a catastrophic TV interview and rumors came up his 28 year old campaign manager was pregnant with his child (while he is married and campaigns on traditional family values, yippie!). Still, Europe is discussing whether his campaign works just like the Donald Trump’s in the sense of: There is no such thing as bad attention. Well, we can certainly see some parallels: anti mainstream-media rhetoric and an appeal to nostalgia. However, his chances are not that good in the French election system. While he maaaaaybe might be able to get into the runoff against Macron (who leads stable in the polls) in the second ballot*, the main challenge to win there is to convince more than 50% of population of your positions. For him, the way to get to that place would be by being even more provocative and far-right than Le Pen. And this won’t help in the second ballot. We keep you posted.

*In France, if no candidate gets a majority in the first round of election, a runoff round is held with the top 2 candidates.

According to German Trade & Investment, Germany has around 34 million active (online) gamers, and in 2020, the German gaming market generated 8.5 billion euros in sales. The market for online games is growing in leaps and bounds both in Germany and internationally, and one driving factor for this is the emergence of a professional gaming, or e-sports industry. This makes sense: just like with other sports, seeing professionals earning a living through doing what they love makes more people want to engage. Well, in other countries, but not in Germany. Currently, e-sports are not recognized as an official sport here, making it difficult to generate revenue and establish the country, as it says in the recently published coalition treaty, as a “location for games.”

As often is the case in Germany, even sports, as fun as they may be, are decided through strict rules and definitions. Nicole Lange, e-sports expert at kicker.de hit the nail on the head, “people still get very hung up on terminology.” The major buzzkill here is the German Olympic Sport Committee (DOSB)*, and without the official definition, the industry misses out on having a (legally defined) “communal purpose” (German: Gemeinnützigkeit). Therefore, e-sports teams cannot claim a non-profit status. Resultingly, existing clubs will shy away from establishing e-sports teams, as they could lose their non-profit status, and with it, tax breaks. All of this means one thing: Germany is currently missing out on the lucrative e-sports industry. The “traffic light” parties have explicitly said in their coalition treaty that they want to officially give e-sports a Gemeinnützigkeit, which would pave the way towards official sport status. If you’re interested in finding out more about this topic, we’re always happy to chat!

* Quick anecdote from a source we cannot disclose: the DOSB is so serious about not recognizing e-sports that when some e-sports advocates contacted them to ask why chess is included but they are not, the answer was essentially, “recognizing chess as a sport was a mistake, we’d rather un-recognize them than accept e-sports.” 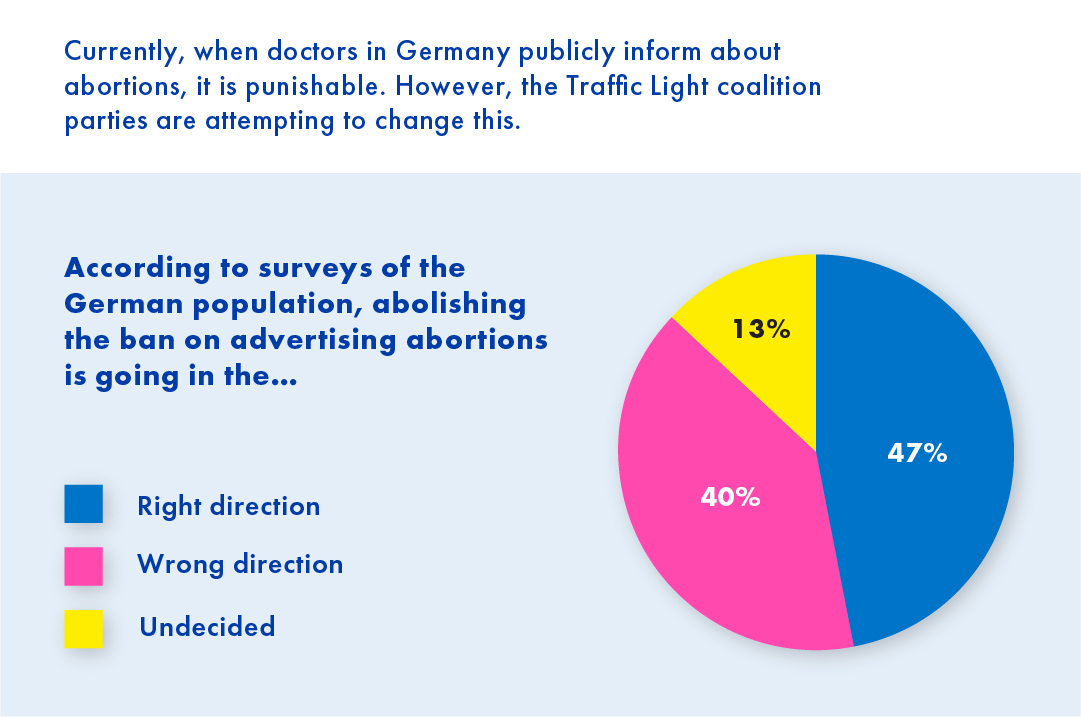 Quo Vadis, Hungary: A New Far-Right Super-Power in the EU?

This week, we saw a tweet by investigative journalist Szabolcs Panyi who announced that Hungarian Prime Minister Viktor Orban, Italia’s “Lega Nord” (tranl. “Northern League”) leader Matteo Salvini and Polish Vice-President Jarosław Kaczyński agreed on the establishment of a new far-right group in the EU Parliament. It was even reported that the far-right leaning parties AfD (from Germany), FPÖ (from Austria) and Ressemblement National (from France) had agreed to join.

Party officials of Orban’s Fidesz were busy denying the claim by Panyi. However, since in March the Fidesz was basically kicked out of the European People’s Party (EPP) and its faction in the EU parliament, they have been searching for a (political) homeland.

What Brought Us Here?

People such as Viktor Orban or Polish Vice-President Jarosław Kaczyński stand in the tradition of a counter-Soviet position. Voters value their strong voices and opposition during Soviet times. For example, Orban made Hungary join NATO in his first term as Prime Minister from 1998 to 2002 and Kaczyński was part of the Polish trade union movement Solidarność.

However, especially since his second term, Orban showed his aversion to many values of Western societies for the sake of a society that grounds itself mainly in the ideal of “community”, supported by a strong-role of the church and – of course – ultra-conservative values.

This caused many EU vs Hungary conflicts. Many critics accuse Orban and his party of incrementally weakening the independence of their judiciary and also the rights of minority groups such as the LGBTQI+ community. These developments have led to the European Court of Justice slamming the Hungarian top court quite a few times for violating EU law in its decisions.

Money and the Rule of Law

For a long time, the Western EU states hoped that membership in EU and NATO would moderate the position of the right-leaning politicians in Hungary or Poland. As they concluded this didn’t seem to work (big surprise), they are slowly but steadily loading their most powerful gun: the money printing machine. The EU decided to link fund distribution to the status of rule of law in its member states. Hungary and Poland both submitted complaints about this “Rule of Law Mechanism,” but were rebuked by the EU top court advisor.

Anyways, most EU states found clear words against what is happening in Poland and Hungary currently. And we expect the new German government to be even clearer on these issues which already caused critique in Hungary. Not only therefore, politicians like Orban and Kaczyński must come clear on where they want to build alliances.

This year, Orban formalized his talks with party heads of far-right parties from Europe. He welcomed Marine Le Pen and our good friend from above Eric Zemmour (both France), who he previously kept at arms-length. This was mainly the preparation for a summit in Warsaw this weekend where the leaders of many European ultra-conservative and right-wing parties will meet.

Many experts expect an impulse for a new right-wing block in European politics to come from this summit. That would have a big advantage for Orban: when he builds a new EU right wing party, this gives him back up at home where he likes to give the impression of shaping important matters in the EU discourse. This would come in handy as he might face real opposition in the next election in April 2022 (reading recommendation).

Orban once said that his ideal view of a state is one of an “illiberal democracy”. Why don’t we just kick them out of the EU then? Well, the influence of China and Russia in the Eastern EU states grows and whenever there is no EU support anymore, we are involuntarily fostering the strengthening of rivals directly in front of our borders – maybe not so good. How big is the danger of a new far-right block in across EU borders? Not as big as it seems. While they are for sure searching actively for alliances, one shouldn’t forget the differing positions: Poland’s right sees Russia as an enemy, Hungary’s and Italy’s don’t. Hungary’s and Poland’s right weaken LGBTQI+ rights, France’s right has hardly focused on that topic at all. There are some big differences between the parties and what we are currently observing is probably somewhat of an identity crisis. Because, maybe, after all, the idea of a cross-border united far-right is still a contradiction in terms.

Already months ago, way ahead of the federal elections, Angela Merkel started her farewell-tour. London, Moscow, the EU summit, and the White House, all of her last trips had a trace of melancholy, and whoever she visited paid their tribute to the Chancellor in one way or another.

Last Thursday then the final Good-bye, the grand last post: A ceremony that in the earlier days was reserved for parting ministers of defense, but which former Chancellor Helmut Kohl, somewhat self-servingly, extended to parting chancellors. Military honors on the premises of the Ministry of Defense, the history-charged Bendlerblock, complemented with a personal note: The honored guest choses three songs to be played in his or her honor by the military band.

Merkel’s choice (Spotify provides the playlist) has many wondering about the message behind:

While those traditions seem outdated to many, I was moved when watching. In her brief speech, Angela Merkel spoke about gratefulness, trust, humility and how she wished for everyone to approach life’s challenges with merriment in the heart, just like she approached hers. Still the torches in the dark, the ceremonial formations and the solemn concert induced an atmosphere of heavy-heartedness, both in the participants and in the viewers of the spectacle. It was an appropriate way of bidding farewell to an outstanding leader after 5800 days ins office, who will not only be remembered, but missed.