We’re coming at you on this Saturday morning with this year’s last Krautshell edition. As the new German government found its footing, we had some of the first “happenings” to report about. Take a look below to find out why the Parisian Mayor is making a name for herself, why Germany’s foreign policy may look different to what we’ve become used to over the years, and whether Germany’s far right should be included in Parliamentary traditions. Also, be sure to check out Anna’s WOOM for a little holiday surprise. Happy reading and see you in 2022!

Anne Hidalgo: Probably not President, but Definitely a Boss

We wouldn’t blame you if, when we tell you that Anne Hidalgo, current mayor of Paris, is running for President of France, your answer is “Anne… who?” And honestly, we can say with a high level of confidence that she won’t be the next President of France. To quickly explain: the Left (which is the side of the political spectrum Hidalgo finds herself on) currently have four prominent candidates who are polling for a combined 24-29%. Hidalgo is hovering around 4%.

That being said, it’s not her candidature for France’s highest office that should make headlines, but rather the work she has been doing in France’s capital. In fact, Politico has named her Europe’s number one “dreamer” for the upcoming year. Hidalgo came into office in 2014, and immediately set out to make the city of lights greener and more livable by taking away space for cars. Over the past seven years she has created over 400 kilometers of bicycle lanes and turned formerly congested streets into pedestrian zones. Hidalgo has support from many in the capital’s upper class, but faces staunch opposition from other Parisians, for example those who have a long commute to work. Nevertheless, the mayor’s policies have worked. Paris’s carbon emissions were down 20% from 2004 to 2018 (she had some help from her predecessor), and the number of cyclists in the city doubled between 2019 and 2020. And, Hidalgo is an absolute boss when it comes to achieving her goals. After the Administrative Court in Paris ruled against closing the banks of the Seine to cars in 2018, Hidalgo found a crafty alternative to ban cars. On the grounds that the riverbank and its views are a UNESCO World Heritage Site, she banned motor traffic to protect them. Absolutely brilliant. We certainly agree that she’s one to watch!

As you probably know, we have a new Foreign Minister, Annalena Baerbock (Greens). And in her first days in office, she didn’t only make the necessary trips to meet the relevant people but also took some firm stances on geopolitics. As a German court now confirmed that the murder that took place in the Berlin “Tiergarten” was a contract killing orchestrated by Russian intelligence, Baerbock found clear words against Moscow. It wouldn’t only violate German law but represent a “serious violation of […] the sovereignty of the Federal Republic of Germany.” These are tones we haven’t heard in a while. Baerbock’s predecessors Maas and Gabriel (both SPD) were lacking clear words against Russia, often favoring a more moderate approach. While you can discuss whether you agree with the content of Baerbock’s statements, you cannot argue that she gives profile to her mandate.

Baerbock redefines the role of German foreign policy. In her first week, she reaffirmed a joint effort with Sweden for global nuclear disarmament for instance. In parallel, she again fired metaphorical shots against Russia for blocking UN efforts to tackle climate change. Baerbock doesn’t seem afraid of big names or big countries. And her understanding that climate policy is part of foreign policy gives her job a new dimension. It will be interesting to see in the coming months and years how her role plays out. In the Merkel administrations, foreign policy was decided in the Chancellery and the foreign ministers under Merkel had merely representative roles. However, if Olaf Scholz lets Baerbock shape her mandate the way she wants, her role can become critical in climate change efforts and geopolitics as well. We are definitely experiencing a new tone in German foreign policy that is probably also welcomed by the US, as the German Greens and particularly Democrats align on various topics quite closely.

EU Response to Ukraine: Possible Sanctions, but Other Aces up its Sleeve

It’s hard to miss what’s going on at the Ukrainian border right now. If you’re not sure, take a look at this very helpful graphic representation here. Today, we want to show you another angle to this lingering crisis: the EU’s role in the tensions. First and foremost, the Eastern EU states are incredibly concerned about the ramifications of continued Russian aggression and a potential invasion of the Ukraine. It may start with Ukraine, but then possibly Lithuania looks like a snack, and, before you know it the old Soviet gang is back together again. While we’re obviously joking here, the underlying concept is true: Putin is constantly worried about Western influence in other neighboring countries like Georgia and Moldova and is demonstrating he is not afraid to sabre-rattle to keep them under his thumb.

The EU’s response came on Thursday in conclusions from a Summit of Heads of State: there would be “massive consequences,” “severe costs,” and coordinated sanctions in the event of further aggression. While this is the usual message we hear, there is in fact more that the EU could do to put pressure on Russia. For example, German Chancellor Scholz could preemptively terminate the Gas Pipeline Project between Russia and Germany “Nord Stream 2,” which would cause energy problems in Germany but make waves in Moscow. Also, the EU could use its new investment initiative, the Global Gateway, to improve (green) infrastructure in its Eastern Neighborhood, even in Russia (with a promise of military de-escalation of course). A third option would be to offer a security pact to the “Eastern Partnership” countries, but this is the least desirable option as this would mean further heightening military tension. Either way, the EU has a huge role to play, and getting creative, along with the usual sanctions, could actually move the mark on this highly tense conflict. 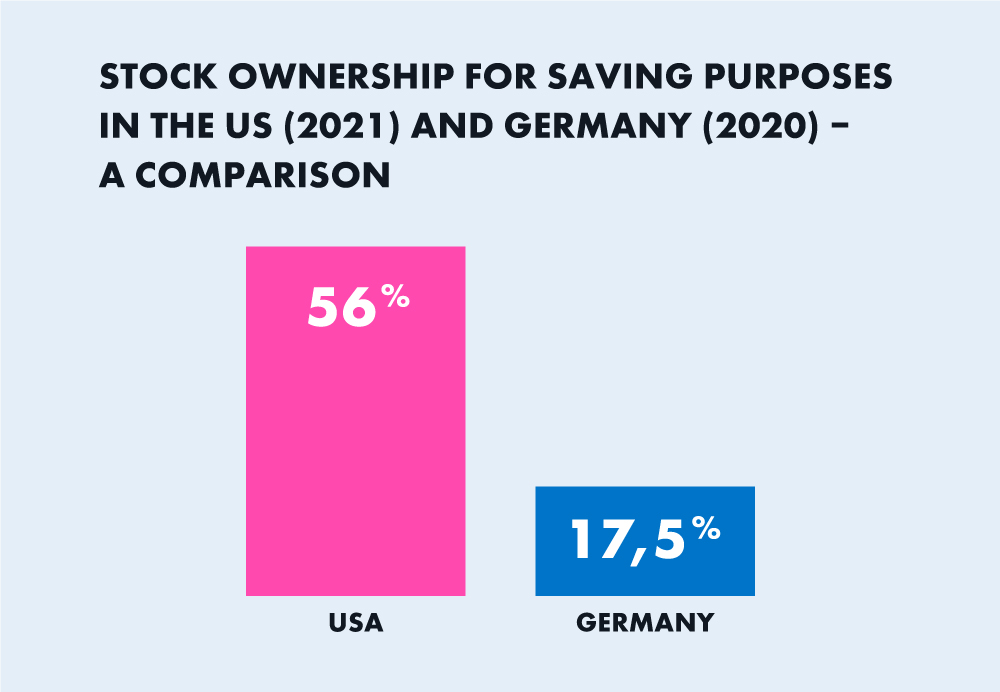 The German Democratic Parties and the Far-Right AfD

It’s part of an uncomfortable truth that for the second legislative period in a row, we have a far-right party sitting in the German parliament. The AfD (“Alternative für Deutschland”; transl. Alternative for Germany) was originally founded as a Euro-critic movement by dissatisfied economists who were unhappy with the monetary and fiscal policy of the EU. Despite certainly not presenting mainstream views, the party was originally just a very conservative political movement often supported by old CDU voters who didn’t feel represented by the Christian Democrats’ course under Merkel. However, like with many such parties in Europe, the AfD was taken over by far-right individuals who saw the chance of finally finding a political home under the smokescreen of an allegedly democratic party. This has implications for the political life in Germany and especially in the parliament. Let’s have a look.

Conventions and Practices Need to Be Changed

Much like in the US Senate, many processes in the German parliament are based on certain conventions, practices or even rituals that have been long established. This mainly concerns certain positions that were established to keep the parliamentary processes running: e.g., president and vice-president of the parliament or the chairpeople of the several committees. It is a long tradition that every party gets some of these posts according to their election result. Even though some don’t like it, parties like the Left also get these posts as there is an unspoken understanding that every democratic party should have one. However, the fear that the AfD instrumentalizes these rather symbolic positions for their political agenda has always been high. This concern resulted in the rest of the parliament not appointing any AfD-candidate as a Bundestag vice president (every other party has one). According to their election result, the conventions would say that the AfD is eligible to lead three parliamentary committees. However, this week the parliamentarians of the other parties voted down all three of the AfD committee head nominees.

While it seems correct to not let the far-right instrumentalize the symbolic positions of the parliamentary process for their own agenda, it certainly poses several questions. Can the democratic parties stick to this practice forever? And does it have implications for their shared work in the future?

At this stage, we should probably mention that distributing these positions so that every party gets some is not required by law. It’s only a convention and not giving the AfD anything is not forbidden. However, this legislative period we can see potential conflicts arising between the other parties because of that. Last term, the FDP was the party sitting next to the AfD who were located at the very right side of the parliament. The FDP wasn’t happy about sitting next to the AfD. So, as part of the new government, the FDP submitted a (successful) motion to change the seating arrangements. In the future, the CDU/CSU will sit next to the AfD. And here we can see a conflict arising from the special role of the AfD. Even though one can certainly understand that no one wants to sit close to them as they are constantly interrupting every debate with interjections or just not paying attention, switching seats with the CDU/CSU is also a political statement. It is meant to say: you are not only in the opposition, but you are close to the far-right.

Watching many parliamentary debates, I can say that the AfD finds particular joy in victimhood – irrespective of whether they are really victims or not. In an ideal world, a democracy would also place far-right politicians in symbolic but powerless positions. However, these positions cannot the be utilized as the theatre for a parties’ political agenda. Given the fact that the AfD does this on a regular basis for instance in state parliaments it is fair to say that they also don’t stick to the conventions. Excluding them is certainly not perfect. But maybe it’s necessary. They are not interested in a constructive and democratic debate, so why bother integrating them into it?

The year is coming to an end and the media are full with 2021 reviews, predictions for 2022 and persons of the year portraits. It was an incredibly dense year that passed quickly. I tried to come up with a list of major events from last year to create our own little retrospection, but not much comes to mind – and with the pandemic overshadowing everything not many other things seem to stick in the grand scheme of things.

Let’s rather look ahead at what next year brings, and hopefully it will be brighter than it currently seems. With our brand-new government, I am curious how we will address all the internal challenges like inflation or the vaccine holdouts, and the external ones, like the growing tensions with Russia or China.

But it is the end of the year, and I don’t want to spoil our all’s Christmas mood. Therefore, I chose to stay optimistic, brush aside those concerns and wish you all a very Merry Christmas and a superb New Year ahead. May your holidays sparkle with joy and laughter!

P.S.: Here’s a little treat for you (if you want to get your mind off things) or your kids (if you want some quiet time). Have fun, and we wouldn’t mind seeing the results 😉