Anna spent the week in the US, and we’ve been following the Ukrainian situation like an action thriller over here in Europe. Take a look below to find out who (or what) Luca is, what’s happening in Munich, and how Jonny stands on the interactions between Chancellor Scholz and Putin. Then, take a look at the WOOM to hear about Anna’s time in Miami. We wish you a wonderful start to your weekend and happy reading!!

We Need to Talk about Luca…

In Germany, rules are king. For example, if there’s a red light for pedestrians and no cars are in sight, you likely won’t see a single person crossing the street until the light changes. One rule throughout the pandemic has been that any shop, restaurant, or other kind of public space must contact trace. This has been largely done through an app named Luca, which allows guests to check in and -out via QR-codes. With this data, health authorities can then contact at-risk individuals in the event of an infection. For a while, it was seen as a win-win situation: health authorities could inform individuals who were close contacts, and restaurants were relieved of extra paperwork. To use the app, Germany’s Federal States signed individual contracts with the app developers. So far, 13 states have signed deals. But now, many are trying to pull out of their contracts suddenly. Here’s why:

For data protection reasons, customer data remains encrypted until both the local health authority and the establishment consent to their data being examined. Then, in November, the first cracks appeared. After a man fell to his death in Mainz shortly after leaving a restaurant, police investigators wanted to find witnesses. To do so, they requested the Luca-app information of the restaurant, were granted access, and contacted the witnesses. Now, this past week, Brandenburg’s Minister of Justice wanted to make this situation the norm, allowing police access to the data for investigations. The public and the media were and are in an uproar. More and more states are terminating their agreements with the app, partly because it’s becoming superfluous, and partly because they don’t want to get sued. Luca, it’s time to say goodbye.

As one might expect, the threat to Ukraine has overshadowed the beginning of the conference and key leaders have been eager to clearly deter any Russian aggression. Annalena Baerbock warned that the Russian troop movements constituted an unacceptable threat and warned of unprecedented sanctions in response to a Russian attack.

While the crisis unfolding on the Ukrainian border has captured the attention of (nearly) all participants, another kind of crisis captured the organizers of the Munich Security Conference one day before the start of the conference: The conference’s chairman Wolfgang Ischiniger is apparently at the center of a months-long Spiegel investigation detailing how Ischinger’s consulting firm Agora offered their clients access to the conference’s guests in exchange for money and intended to facilitate arms sales to conflict zones. While the revelations surrounding Ischinger’s conduct certainly did not cast him in a positive light, the PR damage may very well be contained by the fact that this will be the last time Ischinger will chair the conference and his successor has already been selected.

Given that European countries always talk about the “deep ties” they have to African countries, many of which are their former colonies, you’ll excuse me when I say it’s f****** ridiculous that this week, the EU hosted African leaders for the first joint Summit SINCE 2017. The occasion that brought these leaders together: the EU’s “Global Gateway,” an investment project meant to be an alternative to China’s Silk Road. Given that China has been financially present in Africa for years, the ball is now in the EU’s court to convince African nations why they should work with the Europeans.

First, the European countries had to answer for France’s announced withdrawal of their forces from Mali on Thursday after citing recurring problems with the military junta there. EU Foreign Affairs Chief Josep Borrell tried to put frills and bows on the military retreat by stating they were not abandoning African countries but rather “restructuring [their] presence.” What really caught our attention though was Germany’s eagerness to “embed the African continent more strongly in the global economy and deepen regional supply chains.” Essentially, Africa is rapidly expanding its solar energy capabilities, and Germany sees this energy as a source of green hydrogen. This is exactly what we meant last week when we mentioned Germany is trying to find alternatives to Russian gas. All in all, Germany hopes it can be a more attractive partner than China, as German projects, according to German Member of European Parliament Udo Bullmann (SPD), include more than just industrial development. Very interesting, and we’ll definitely be following these developments closely. 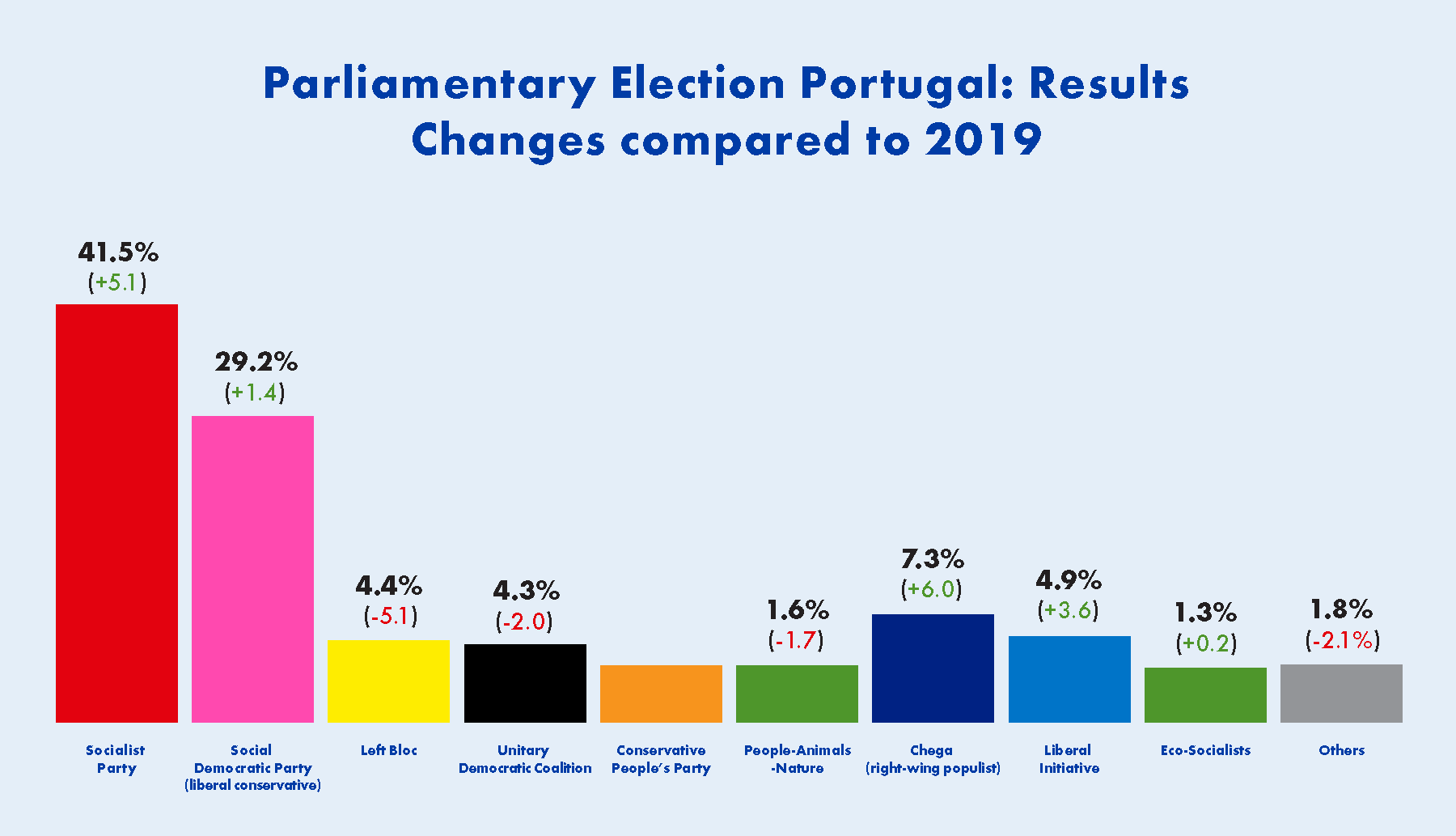 (Written in a hurry, as everything in this week #madness. Please, excuse the lack of hyperlinks, but feel free to ping me, if you have questions!)

A new week, a new article about Russia, the Ukraine and how we might or might not face doomsday #justanotherfriday. This week, Chancellor Scholz (SPD) visited Putin in Moscow and the bilateral delivered some results. And, at least, we have the feeling that there are some new insights to gain from this week’s developments. AND, since Anna reported the Ukraine situation was the topic of discussion among attendees at the conference in Miami (read the WOOM below), I feel less bad about writing the third House’s View “Doomsday, Catastrophe, Lord Save Us All”-edition in a row. By the way: Go Rams! (Okay, all duties done, let’s go!)

First, it’s sensible to take a step back to fully grasp everything that has been going on this week. Personally, I think Russia’s main interest in all this is to correct the cultural developments after the fall of the Soviet Union. We aren’t talking about reclaiming old territory. But Putin, who makes no secret of his opinion that giving up the Soviet Union was a big mistake, feels the old Soviet countries slipping through his fingers – figuratively spoken. The West has increased its influence, the EU is now home to Poland, Czechia and the Baltic states. Putin faces a situation in which Russia is the big geopolitical loser in Europe – the US controls the NATO, China has influence on many European economies and Russia lost significance especially in politics and economics. He knows he can’t integrate the “lost” countries to a big post-Soviet Russian empire, but he is also not willing to give them up in terms of influence.

The Weaponization of Energy, Cyber Space and Everything Else but Actual Weapons

Putin’s first move to work against this development was the re-politicization of energy politics. Now, it’s not about economic interests but about power, geopolitical control, about building up bargaining chips for political negotiations. It has weakened the Ukraine (North Stream 2) and it puts pressure on the EU and Germany. We made the mistake of realizing this way too late.

Putin most likely doesn’t want war. He could have invaded the Ukraine already if that was his target. Putin shows off Russia’s military strength and unlike its decreasing political power, the military might can’t be ignored. Still, he does everything to weaponize any topic in international relations. Russia uses energy, cyber-attacks, and export bans as tools for pressure. This way, Putin can’t be ignored.

What’s the best response to that development by the Western world? Unity. Not letting Russia divide them in their positions, not letting Russia destabilize everything that lies between the EU/NATO and Russia. Putin’s bet probably was that the West wouldn’t be in shape to form such unity – too many conflicting interests, too much democracy, too much “weakness”.

Enters: Olaf Scholz. After days of intense preparation, consulting with his advisors and even Angela Merkel, Scholz went into the bilateral with Putin. Scholz showed him something Putin might have underestimated: a closed front in the Western World. Scholz has consulted with every partner beforehand: President Biden, President Macron, EU leaders and especially the Baltic countries and Poland. Scholz’s new doctrine: no German East policy, only European or Western East policy. This is relatively new and mitigates the risk of being played against each other. Scholz understood that this is an ace up his sleeve.

Together with the Western allies, Scholz used the past week to prepare a twofold strategy. He was making a lot of calls and prepared sanctions especially together with US President Biden in case of a Russian invasion, while his top-notch bureaucrats flew to nearly every EU and NATO country finalizing joint positions for a restart of diplomatic negotiations. Points won for Scholz, as the talks with Putin resulted in continuing the Normandy talks.

Scholz understood that one of Putin’s main ways to achieve his targets is to cause destabilization among the EU and NATO partners (worked before). And Scholz did his best together with our allies to prevent that from happening. While political opponents and media accused him of being inactive, he was working on getting everybody in line to make a meaningful step forward. Well, did he? Maybe, partly. At least, it’s a result with which both sides, the Western World and Russia, can be happy with. Putin proved that if he exercises pressure, the rest of the world must react. For that, Putin is probably not unhappy about the latest developments. On the other hand, Scholz can take a small but considerable victory for his first 14 days in geopolitics. Now, it’s time to make sure that the whole situation can be accounted for as a win also for the Ukraine.

Not to make the WOOM a travel diary, but…

This time, before, as usual, heading to DC, I made my way to Miami for the first edition of PivotMIA. Most certainly the experience has been elevated by the fact that I haven’t been to a conference for the last two years, but it was just spectacular. The talks, the lineup, the conversations – exquisite. And, the cherry on the cake: vegan options at each buffet

Tech was in focus on the main stage, but it was politics that dominated the conversations. I was surprised how aware and wary everyone was about the Ukraine crisis, and how supportive of Biden’s and the US administration’s efforts to prevent a further escalation. Because let’s face it: While of course in the long run a war in Europe would affect the US in many ways, it is still far away and it probably would not have an imminent effect on the average US citizen.

I know that Biden’s approval ratings are not the highest right now, but as a European, I am grateful for his engagement. I am also grateful for the US’s apparent aspiration to come back as a defender of peace and its values, and a reliable ally for Europe. That’s one takeaway from the event and the many conversations I had: For this engagement he has support.

The other takeaway is a selfie with Scott Galloway…