The German EU Council Presidency started on 01 July, with Germany taking the steering wheel, leading the EU discussions, and setting the EU negotiation agenda. The expectations are high; on one hand the Corona pandemic restrains freedom of action, while on the other hand, powerful solutions are needed.

We provided you with our #THEÜBERSICHT on the German Presidency last week – this week we have some SPECIALS for you: 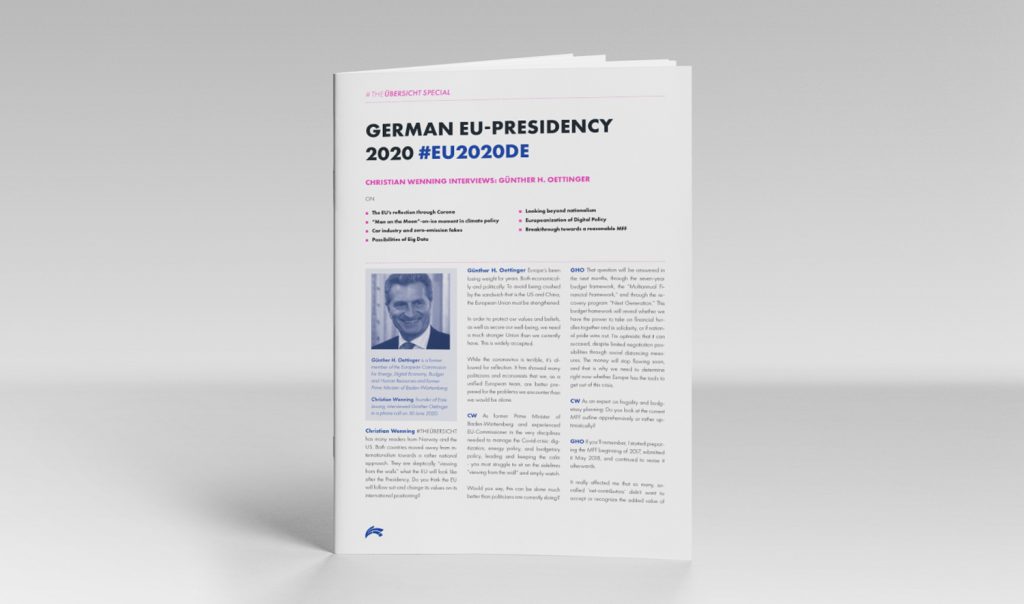 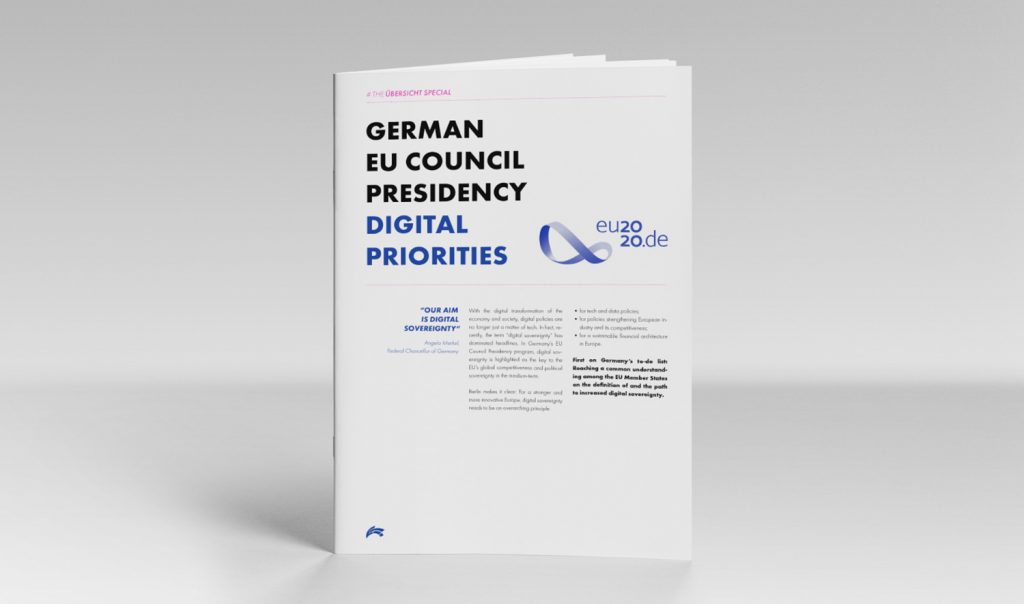 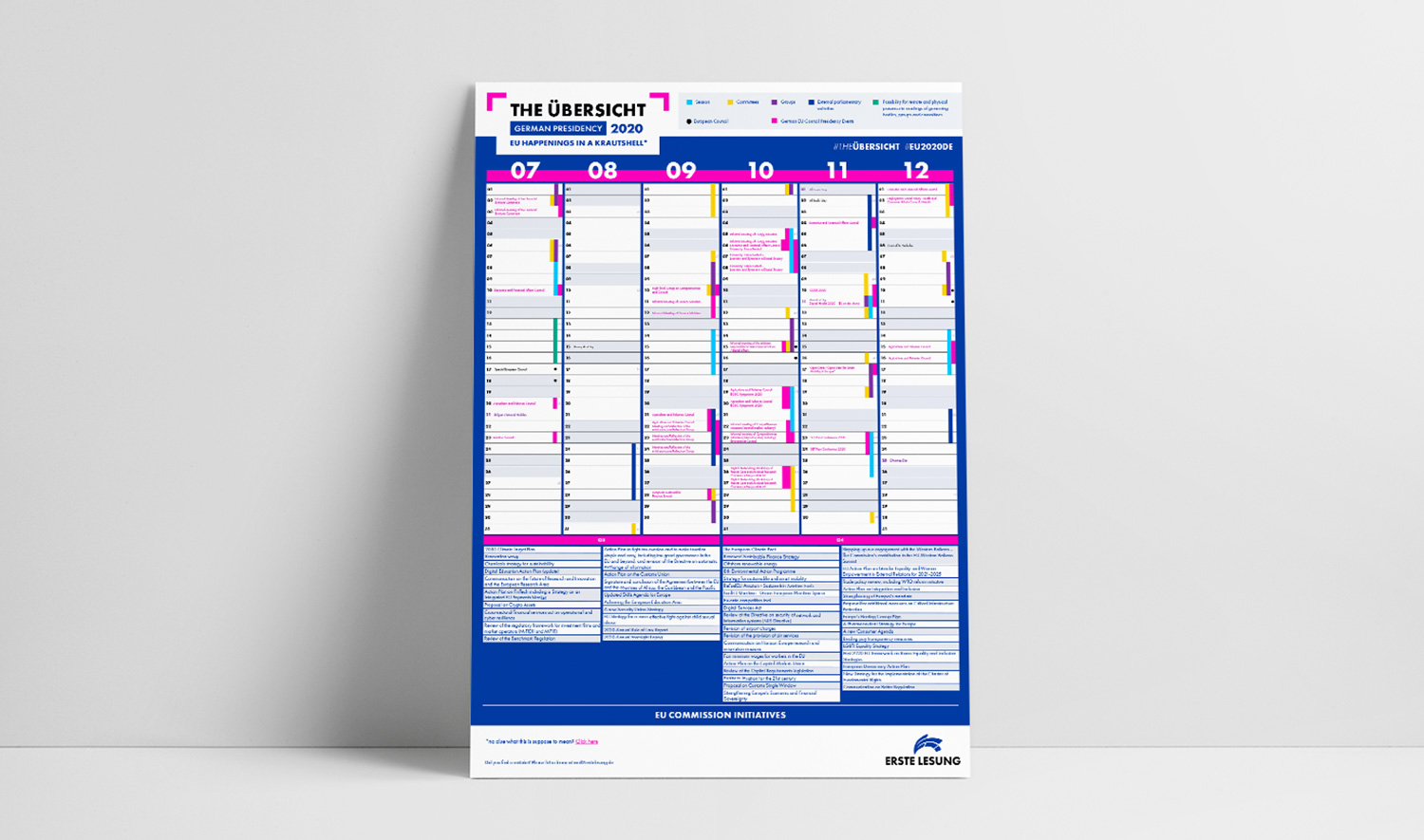 We hope you enjoy reading it, as much as we enjoyed putting it together. #EU2020DE

Right off the bat, German Foreign Minister Heiko Maas and his team came into the German EU Council Presidency swinging. His key words: solidarity and sovereignty. In a speech on Monday, Maas stressed the importance of greater EU independence in the geopolitical power struggle between the US and China. Specifically, Maas emphasized greater EU sovereignty in relation to resources, technology, and defense, as well as increased confidence when dealing with China and the US. Maas, by his own standards, had some pretty strong words about China. He stressed the importance of a strong, unified European voice when dealing with China, especially Europe’s handling of COVID-19 and China’s “increasingly robust approach” in Hong Kong and other neighboring countries. Maas seems determined to give President Xi a piece of his mind, stating he wants the cancelled EU-China Summit to be rescheduled “as soon as possible.” With regard to the US, Maas has two main priorities. First, he wants to develop an agenda for dealing with the US after the election in November. Second, Maas re-emphasized the importance of European sovereignty, stating he and his team were working towards conflict containment on the European continent without American assistance. How does he hope to achieve this? By spending 8 billion euros outside of the EU’s Multiannual Financial Framework, that’s how! The so-called European Peace Facility enables financing of military and defense projects under the Common Foreign and Security Policy (CFSP). We’ll just have to wait and see whether this is actually the long-awaited breakthrough to bring increased sovereignty to European defenses.

North Stream 2: Sanctions, Controversies and a lot of Drama

Reviewing all controversies that come with “North Stream 2” would probably break the mold of our Krautshell. Just one interesting piece from this week: The Committee for Economic Affairs in the German Parliament invited Ex-Chancellor Gerhard Schröder (SPD) as an expert to the discussion. Controversial points:

The ramifications of the North Stream 2 project could be devastating yet again. The US wants to place sanctions on Germany, but Merkel most certainly is not a puppet, following President Trump’s will whenever he threatens sanctions or trade wars (and has even less interest in being called “stupid” again). Whenever Gerhard Schröder enters the stage, there are bound to be complex discussions with accompanying drama, together with a breeze of good old-fashioned politics.

For more on the #DEPRES economic agenda, the latest from European dreamteam “Mercron” and the political ramifications of the Wirecard “incident”, check out the PDF:

An Aspirational Career in Public Affairs Consulting in Corona-Times: A Saga

I’ve been told the most important thing for a Public Affairs Consultant is to make connections with decision-makers and those who work with them. Especially for someone new in the industry this means attending events, weekly happy hours, and seminars, and introducing myself to as many people as possible. Therefore, I started my job at Erste Lesung in the world’s hotspot for EU-activities: Boston, Massachusetts.

Like many others, Corona has thrown a wrench in my plans to move countries. However, by the grace of technology, I’ve been able to work across the Atlantic digitally. Working according to a European time schedule while still in the US has been an interesting experience to say the least. A six-hour time difference means 4:30AM wakeups, and mid-afternoon closing times. If this was an Oscars Award Ceremony, I’d be thanking Dunkin’ Donuts coffee for getting me to where I am today.

Physically getting me to Brussels has been a bit of a headache. With the outbreak of Corona and lockdown in various EU countries, it was unclear whether I’d even be able to get into Belgium. For the first weeks I stayed put and embraced tech.

The improving Corona-situation  in the EU, together with the worsening situation in the US , added another reason to get myself to Brussels ASAP. Christian and I were secretly working on plans to have me paratroop-jump into Belgium, but ultimately, we decided a commercial flight was probably more feasible. Now, two cancelled and rebooked flights later, I’m ALMOST on my way out of the US. In a way, I almost feel like I’m shooting out of the access vent in my AirCanada aircraft as the Deathstar that is Coronavirus in the US explodes behind me. (roll the Star Wars theme)