Some crazy things happened on an EU level this week, key words here are Poland and million-dollar fines. Start with the first article to get informed, and then feel free to jump down to Christian’s WOOM to find out what his take is on this whole debacle. Otherwise, we took a deeper dive into how the next German government plans to finance its future projects. Enjoy the rest of this week’s edition of the Krautshell and have a great start to your wonderful Fall weekend.

Poland’s at it Yet Again

Two weeks ago, we told you we’d keep you updated on the situation in Poland, and well, it’s time to update you. In the ongoing rule-of-law debate between Brussels and Poland, the European Court of Justice (ECJ) laid down the hammer this week by imposing a one-million-euro-a-day fine for undermining the independence of the judiciary. Specifically, the point of contention is a disciplinary chamber in the country’s supreme court that, according to the Polish government, is needed to “punish judges who break the law or otherwise abuse their positions.” Or, as Brussels sees it, a mechanism for the government to punish independent judges who make “unfavorable” rulings. At this point we should note that, according to Polish Prime Minister Mateusz Morawiecki, legislation to dissolve the disciplinary chamber is being “finalized.” For the EU though, this was not good enough, hence the fine.

With this decision from the ECJ, Poland now has doubled its problems: not only has it received this hefty fine, but its COVID-19 recovery funds of €57 billion still hang in the balance. While leaders in the Polish government are claiming they will not pay “a single Zloty,” the question is if the ruling Law and Justice Party (PiS) has the backing of the people. According to a poll this week, 40.8% of Poles believe their government should concede defeat, and another 32.5% said it should compromise. Furthermore, while experts are talking about the unraveling of the EU, the Polish people must be kept in mind. Poland’s population remains incredibly pro-EU: in 2019, 72% of the population had a positive view of the EU, and in 2020 70% of the population said they believe EU membership is a “good thing.” So, it remains to be seen how long this standoff will last.

Who Wants to Be a Banker?

We have another position to negotiate about for the future coalition parties. Jens Weidmann, current President of the German Central Bank, announced that he will step down. Weidmann was known for a classical approach towards monetary policy, focusing on stability, following the tradition of many of his predecessors. This was especially relevant since the European Central Bank (ECB) has been following a much looser approach for ten years now, combatting economic crises with low interest rates and buying bonds worth billions of euros.

The new government suggests who shall become President. This discussion will be closely tied to the issue of budget policy (see The House’s View). The question is whether we’ll get another conservative President like Weidmann was (the FDP would favor this) or, if someone who reflects the current direction of the ECB will be appointed (SPD and Greens would favor this). Many years, unity between Germany’s financial and monetary policy was aspired. This time, however, we believe that whoever gets to call the shots for Germany’s finance policy won’t get his or her will for the Central Bank position. If we get a candidate who is supportive of current ECB measures the choice could be Isabel Schnabel. If it should be a more conservative one, Volker Wieland could win the bid.

This week, we saw some movement in the long-anticipated EU regulation on large tech companies in digital marketplaces, the Digital Markets Act. In short, the Member States have “favorably received” the latest compromise proposal, and are expected* to adopt the Council’s (the place where the Member States are represented in the EU directly) position in the next weeks. The problem before was that Member States wanted to maintain authority over launching investigations into non-compliant companies. The solution allows for Member States and the EU Commission to share authority.

Should the Council adopt the compromise, all eyes will be on the European Parliament (EP). In the EP, size seems to be what matters. Specifically, at what point should these regulations apply to a digital company? The Council’s proposal would count the number of “active end users” as the metric for applying the regulation, which a group of eight major European online businesses like Zalando and Booking.com publicly protested against in a joint letter. Their argument was that not all individuals who visited their website became customers, distorting the threshold. Another option on the table comes from rapporteur Andreas Schwab (EPP), which would apply the regulation to companies with a market value of more than 80 billion euros who are active in at least two markets. MEPs like shadow rapporteur for the social-democratic group in the EP Evelyne Gebhardt wants to avoid this though, as this metric would essentially only include American tech giants. Due to these major differences, the vote in the EP Internal Markets Committee has been delayed, so we’ll be sure to update you when we know more.

*we’re sorry it’s in German, but we want to be as precise as possible.

As you may be aware, in Germany certain parts of our highway system, the Autobahn, don’t have a speed limit. For environmental reasons though, this is being called into question. Here’s what Germans think about the issue: 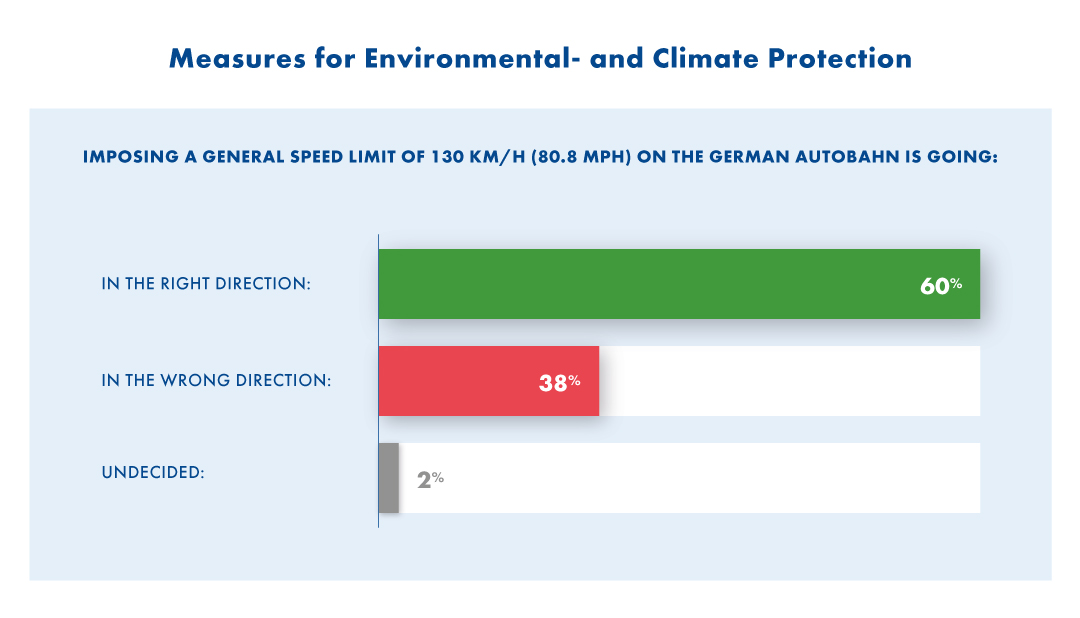 US economist and Nobel Prize laureate Joseph Stiglitz made headlines here this week when he published an op-ed in Germany’s newspaper “Die Zeit” about why Christian Lindner (FDP) shouldn’t become Finance Minister. Btw, poor Lindner, just got engaged a few days ago only to get bashed by one of the world’s most respected economists. And how has your week been?

Where are we now?

Germany’s budget policy has traditionally been quite conservative. Instruments like our “debt brake”, which only allows new debt in the height of 0.35% of our GDP per year, tend to be more reminiscent of Thatcher-Reagan times than of the present-day neo-Keynesianism. Budgetary conservatism in Germany annoys many EU partners, who hate the fact that Germany, as the strongest export nation, is indebting other EU countries while simultaneously insisting on budget discipline. Our transatlantic partners, especially the Democrats, are not a particular fan of it either.

The probably-soon-to-be coalition of SPD, Greens and FDP wants to spend A LOT of money to foster the needed change in Germany’s society and economy. Also, they aspire to reduce ecologically harmful subsidies. All without raising taxes, especially if the FDP as a say. Simply speaking, they need a lot of money, but they don’t know where it should come from. This is a problem. New calculations have shown that the Corona crisis will create new debt of in total over €400 billion for Germany until 2022. Furthermore, lower tax revenues of around €40 billion will become reality because of the rather weak economy. And lastly, the debt ratio has risen from under 60% of the GDP to over 75%.

It all comes down to the Federal Finance Ministry. It is already the most powerful ministry in Germany and enabled Scholz to become sort of a “Shadow-Chancellor” in the last Merkel cabinet. And Scholz made a name for himself as a pro-European, forward-thinking modernist and pragmatist who for the first time ever allowed for debt-financed EU investments as part of the Covid Recovery Plan. This step forward was highly valued by some of the EU partners, especially after Schäuble’s (CDU, Scholz’s predecessor) unpopular urge for austerity in the eurozone crisis.

The party leading the ministry will most likely decide whether we want to stick to budget discipline, both on a national level but also as a demand from our EU partners, or whether we want to loosen budget rules to enable more public investment. This is the biggest disagreement between the potential coalition parties. And it needs to be solved as our infrastructure demands modernization, as the cohesion of the EU is at stake and as Germany needs to be a reliable partner for global cooperation such as in the G20 or the IMF.

The discussion of budget discipline vs. debt-based spending remains unsolved, even between economists. So, instead of bothering you with our Economics 101 knowledge, let’s focus on political implications. We cannot underestimate the importance of this discussion. It’s the most conflicting issue for the new government. And, whatever compromise will be made at the end, both about the direction of the policies as well as about who becomes Finance Minister, will send a signal to our EU partners and global institutions. The future of the EU might be at least partially dependent on Germany’s budget policy. We feel like a big decision needs to be made to guide a clear direction, another small compromise doesn’t reflect the outstanding challenges.

WHAT’S ON OUR MINDS:
Warszawfaq!?

For my Polish roomie it was due to the typical German arrogance that Poland was never mentioned in the German prime time news. She really felt offended by this, while I wondered: “How can someone assume a country is interesting enough to make the 15-minute prime-time evening news (it’s a big deal here in Germany, EVERYONE watches them) by default? And why Poland and not Austria, France, UK…?” Maybe, given their history, the Polish might expect a special spot on the world stage and the world also knows that from their representatives.

But then the tables turned, and I suddenly understood what my roomie meant. I felt offended when some US-youngsters asked me if Hitler was still alive or if Austria belonged to Germany or if we even had fridges. But just like Poland with German news, German affairs simply didn’t make it into top-tier US television or prime-time news. So, how were they supposed to know better? These days however, Poland’s Prime Minister actually does make it into our prime-time news by insinuating that the EU – brace yourselves – wants to start a “third world war” with Poland.

Again, their Prime Minister said that, not some fringe politician, but their PRIME MINISTER! He seriously pulled the “World War III” card over a potential withholding of EU funds. I mean, Warszawfaq?!? It is easy to analyze that reaction in the framework of a bigger picture such as the usefulness of this political alpha-play for showing strong leadership as a Prime Minister, for creating unity among the electrorate and blablabla. But at a certain point it is simply too much and then, for me, the only appropriate big picture in which such an utterance fits into is this:

Now, you cannot mess with perceptions, and it takes a lot of patience to deal with such drama. For the first time I really feel glad that my probably soon-to-be Chancellor Olaf Scholz in his unshakeable calmness will kindly find other (rhetorical) pictures to react with on my behalf.