So far, the coalition negotiations in Germany have been smooth sailing, with all parties involved keeping the contents of the talks confidential. This week, that changed, as infos were leaked and dissatisfaction was aired. Read our article below to find out more, and as always, have a great start into your weekend!

Be Cautious With Your Optimism – It’s Coalition Talk Time

The three parties currently negotiating over the next German government, the SPD, Greens and FDP, had a strict time plan. They wanted to make Olaf Scholz (SPD) Chancellor in the week of St. Nick’s Day (December 6th). However, the talks are not progressing as fast as some maybe want them to. Where’s the problem? Probably, the current situation is best described by a tweet by one of the Green’s negotiators Konstantin von Notz, which translates basically as: “There are three people standing on the Titanic. One says that they should avoid crashing into the iceberg while the other two are asking him what he would give them in return should they agree.”

The Greens aren’t happy with the current progress made mainly in terms of climate protection. They want to implement the topic as a central, cross-cutting issue across all ministries, while the other two parties allegedly feel that mainly the Greens should be responsible (only available in German, sorry!) for saving the climate. This week, we got our eyes on a letter written by the Greens to several environmental associations, asking them to exercise more pressure on the FDP and SPD regarding climate protection policies so that Greens are not “on their own”. The leaked letter displays at least a minor scandal as it is of course an offense to the two partners. Our Berlin bubble says that several Green parliamentarians were furious about this leak, as it sends a message of unprofessionalism. Let’s see, where this leads us.

Reshuffling the Deck in Portugal

In the past few years in the US, when the comes time for Congress to approve next year’s budget, it’s always been a nail-biter. Our (and I speak as a fellow American here) worst-case scenario is a government shutdown, where federal services are reduced to a minimum. However, if you live in Portugal, your worst-case scenario is that you may not have a government anymore. Well, last week the parliament in Lisbon voted down the budget for 2022, and on Thursday, the country’s president dissolved the parliament, calling for snap elections at the end of January.

It began with the rupture of the left-wing alliance between Prime Minister António Costa’s Socialists (PS), the Portuguese Communist Party, and the Left Bloc. Both of these latter parties saw their support decrease following the decision to cooperate with the PS. While current polls indicate the PS will receive the most votes, options for coalition partners are sparse. This situation risks a repeat of the current dilemma. Furthermore, one worry on everyone’s mind is COVID-19 recovery. Specifically, how to manage the EU stimulus funds. Without a stable government to steer the country, more economic hardship could be in store for the population and the economy. Finally, another worrying factor is the projected increase in parliamentary seats for the far-right Chega! Party. This is particularly disheartening, as Portugal was (and partially still is) seen as one of the few countries without a rise in far-right populism. As Foreign Minister Augusto Santos Silva put it, “This election … will be a choice between the progressive and pro-European center and the center left on the one hand and, on the other, an unstable, divided and fragmented right [on the other].“

CDU Chairmanship – The Face of (not too much) Renewal

The CDU has agreed on a process for replacing their top positions. However, the candidates are not yet official. By mid-November, CDU members will receive a letter with information and most likely a ballot to cast their vote for one of the still-unknown candidates. The first ballot will be completed in early December. Should a runoff be needed, this will take place until mid-January so that the final result can be confirmed at the party convention on the 21st and 22nd of January in Hanover. Okay, enough of the boring timeline, who will be the candidates?

It is seen as quite safe that conservative Friedrich Merz and George-Clooney-impersonator Norbert Röttgen will throw their hat in the ring. You remember? The two guys who lost against Laschet in the CDU chairmanship election this year. How exciting! Who else? There is some speculation about Jens Spahn, the outgoing Federal Minister of Health who experienced two years of up and downs during the pandemic. Lastly, we heard some speculations in our Berlin bubble that behind the scenes a team of parliamentarians of the CDU is currently sounding out the opportunity of getting a woman to participate in the race. Their desired candidate Karin Prien, who is Minister for Education in the state Schleswig-Holstein, already allegedly turned down a request, as she didn’t see realistic chances for winning. From next week onwards, CDU politicians can announce their candidacy. If there are no surprises down the road, we expect to see some very familiar faces. The suspense is excruciating LOL. 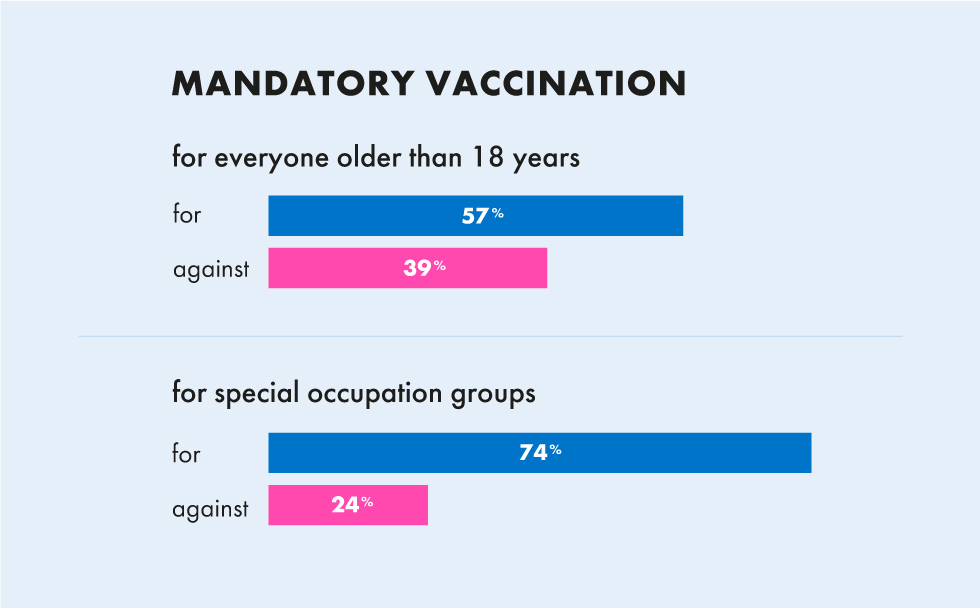 In 2019 and 2020, both the EU Member States and the EU Parliament flagged foreign (non-EU) subsidies and –state ownership as a serious problem for the competitiveness of the Single Market. The Commission heard these calls and, after analyzing the problem in more detail, introduced an instrument to address distortive effects caused by foreign subsidies, the proposal for a foreign subsidies regulation.

If we’re being honest, this was one of those things that has simply flown under the radar. However, after we took a deeper look at it, we asked ourselves “how has this not made headlines??” Honestly, the potential impact of this proposal on foreign companies and business in the EU is huge.  So that you don’t need to read through 65 pages of EU legal texts, we’ll explain why you should have this regulation on your radar.

As Margarethe Vestager, the Commissioner in charge of Europe fit for a Digital Age and Commission VP put it, the regulation means that, “Companies, which get foreign subsidies, will need [EU] approval” before “implement[ing] big mergers in Europe,” (500 million euros or more) or “bid[ding] on large public tenders” (250 million euros or more). Also, even if these don’t apply to your situation, the Commission implemented what we would call a “kitchen sink” option, reserving the right to investigate all other market situations. Should you be the target of said investigation, all foreign subsidies received in the past 10 years are subject to scrutiny. If a subsidy be deemed “distortive,” the Commission will either impose fines, disallow the transaction, or force a divestment.

Well, self-written heading, we’re glad you asked. While the above part is what you will find in most informational material about the regulation, we want to take you into the parts that are significantly more muddled and potentially detrimental to your business’s activities in Europe. Here’s the three most problematic parts we identified.

Furthermore, in public procurement procedures, the Commission requires that “all foreign financial contributions received in the three years preceding [the application]” be reported to the contracting authority. For many companies, especially digital service providers, this may not be possible due to non-disclosure obligations with customers or sub-contractors. Therefore, many foreign companies are automatically excluded (unless their employees want to risk jail time…). Let’s just say this requirement is not exactly conducive to attracting foreign investment…

Just like getting an appointment for seeing a medical specialist in Germany, if you plan on conducting a sizeable M&A or participating in a public procurement procedure in Europe, you’ll be in for a long wait. We’ll save you the boring details and just give you the worst-case scenarios as per the current proposal. For the former, if the Commission decides to launch an investigation, you may have to wait 130 business days for the go-ahead from the Commission. For the latter, you may be waiting 260 business days, or 364 calendar days. One. Full. Year.

While it should be seen positively that the Commission is trying to keep competition in the single market fair, it’s hard to support the means suggested by the regulation. In its current form, the regulation would manage to quell unfair competition, but at the cost of making Europe less attractive for foreign investment. Luckily, this is only a proposal. Its contents still need to be debated in the European Parliament and the Council, and the final outcome could look very different. Ping us if you’re concerned or want to find out more!

Save Travels!: It’s COP26, everything is about preventing the climate crisis. Everything? Well, Commission President Ursula von der Leyen’s latest PR scandal says otherwise. After telling global citizens that everyone can do his or her part in fighting climate change, it came out that she chartered a private jet for a trip from Vienna to Bratislava (47 kilometers/29 miles). Ouch!

Esken Wants To Remain In Charge: After Norbert Walter-Borjans, one part of the current SPD leadership, announced that he won’t run again, his counterpart Saskia Esken now announced that she wants another term. Esken was allegedly hoping for a minister job in the new government, but this couldn’t be guaranteed. So, Esken will most likely be re-elected as one part of the SPD leadership. Her new co-leader could become Lars Klingbeil who would still need to announce his candidacy. We will keep you posted.

Farewell With Friends: This week, Chancellor Angela Merkel was on her farewell visit in France. French President Macron invited her to the famous wine region Burgundy. Merkel received the Great Cross of the Legion of Honor, which is France’s highest state award. Watch a video of her visit and the excitement of the French people who welcomed her. And forgive us for the little tear in our eyes.

Before the pandemic, I was in the US a lot, sometimes even every few weeks. Then the pandemic came, travel was restricted, and while I still was traveling, I was not allowed to enter the United States. Because no one from the Schengen area was.

Except, now that I think about it, I could have gone to Mexico for a nice two-week-vacation first, and then…

Last March I booked a flight for November 10th and was 100% sure that by autumn, with the vaccinations and everything, things would have gone back to normal.

So, it looks like next week I will be, after almost two years, traveling to the United States. I’ll be visiting San Francisco, Washington DC, and Boston to finally meet clients we are working with and who have grown to become friends over the years, in person. I’m also buzzing to make many new connections and experiences along the way.

I literally can’t wait, and just to be sure I currently spend my days mostly crossing my fingers that everything goes according to plan.

Btw., I still have some openings in my calendar, so if you want to meet for a chat, just shoot us an Email.