This week was a blast from the past (and we mean it literally) as a nuclear war over a migration crisis on the EU border became an option. Read the article and then jump down to Christian’s WOOM to hear his take on the situation. Also, Facebook Whistleblower Frances Haugen made an appearance in Brussels this week: read the House’s View to find out how we assessed her revelations. Have a great weekend and happy reading!

While the migration crisis on the Polish-Belarusian border is coming to a head, for many Poles, the current TV images are probably like a déjà vu. Footage only known in Poland from other countries is now coming from their own border for the first time. Earlier this week, hundreds of desperate migrants tried to break through the border fence between Poland and Belarus to enter EU territory and seek asylum. According to press reports, Belarussian President Alexander Lukashenko is having migrants flown into Belarus, just to smuggle them into Poland, putting pressure on the European Union. Simultaneously, around 15,000 soldiers are stationed on the Polish side to prevent just that. The Polish soldiers fired warning shots when the refugees tried to cross the border, pushing back most of the migrants. Right now, independent journalists have no access to the area, nor do humanitarian workers, because Poland has declared a state of emergency for the border area. While videos have emerged that show both parties harming migrants, the EU is accusing Lukashenko of hybrid warfare and is preparing further sanctions. Interestingly enough, Lukashenko is also blaming the EU of employing a strategy of hybrid warfare and blames international smuggling rings for the influx of migrants at the border. Throwing back the allegations and pointing at the EU’s current sanctions against the Belarus, Lukashenko found clear words on state tv: “And you bastards, madmen, want me to protect you from migrants?”.

And what is Russia doing? While the EU has new sanctions in the pipeline, Russia underscores its support for Belarus, conducting exercises with nuclear-capable bombers together with Belarussian forces. (Outgoing) German Chancellor Merkel is considered Europe’s primary interlocutor with the Russian President in times of crisis. We are curious to see whether she’ll be able to broker a deal in her final days.

Although Germany is breaking new records in corona numbers, the German economy is doing better than one might expect. On Thursday, the key German stock exchange DAX climbed to 16,115 points – a new record high. Simultaneously, the overall economic situation is also expected to improve, despite the increasingly gloomy Corona winter. One day before the DAX reached its all-time high, the well-respected Council of Economic Experts presented its fall report. The key message of the report: Germany is on the verge of a strong upswing. The four economists – two women, two men – predict growth of 4.6 percent next year, representing the strongest growth since reunification (yey!). The assessment of the council is based on the promise of the currently forming traffic-light coalition that that there won’t be another lockdown and on the expectation that the current supply-side bottlenecks will ease. Given the current speed at which the ICUs are filling up though, we wouldn’t bet too much money on “no lockdown.”

That being said, there was a truly spicy part of the report. The Council was long considered to give uncontradicted (usually ordoliberalist) economic policy recommendations. This time however, the council, which normally consists of five members, thus eliminating stalemates, could not agree on a recommendation for action. Members disagreed on how to finance additional government investments worth billions in climate protection or digitization. Two council members are in favor of the route via extra budgets, that is, additional debt, while two are skeptical of this idea. While the exact same questions are also being discussed in the ongoing coalition negotiations, we remain curious to see what Germany will agree on in the end.

The European General Court (EGC) has upheld a competition fine of 2.42 billion euros for Google. This ruling confirmed a Commission decision that Google had favored its own shopping comparison service over competing services, it said. Google has thus evaded competition, according to the ruling. In 2017, Competition Commissioner Margrethe Vestager punished Google for using its own price comparison shopping tool to obtain an unfair competitive advantage over smaller European competitors. This is the first ruling in a series of legal disputes between the EU Commission, which is responsible for competition in the EU, and the US company. Since 2017, the Brussels authority has imposed several heavy fines on Google. So far, the three EU competition fines for Google add up to more than eight billion euros.

While Google argues that is has changed its practices, German companies accuse Google of ultimately not following through on their promises. They say that since the original decision against the U.S. tech company, Google has even increased the pressure on cooperation partners and in some cases terminated partnerships. With the DMA and DSA, introduced last year, the European Commission proposed new groundbreaking tech laws to further supplement its antitrust powers, forcing US tech companies to modify their business models to ensure a level playing field for competitors. All we can say right now is: “Come on, Google. From time to time you gotta accept defeat graciously.” 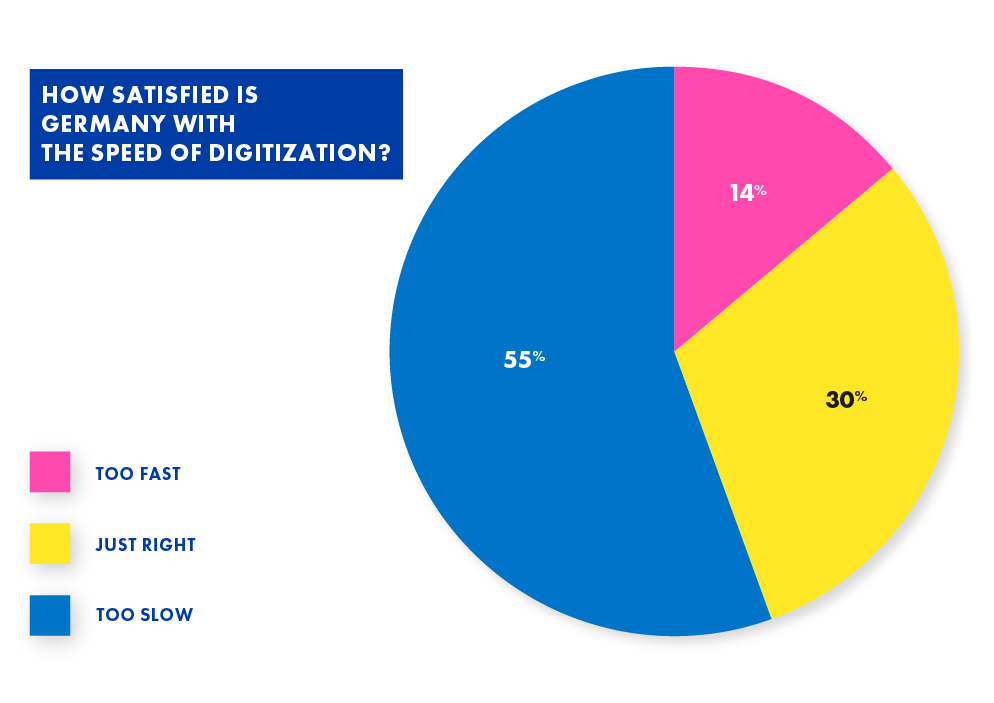 THE HOUSE’S VIEW: By Mats

Frances Haugen in Europe: Now What?

It’s impossible to miss: this week, Frances Haugen, a former Facebook data scientist and current world-renowned whistleblower arrived in Europe to spread her message of caution about the social media giant. Specifically, Haugen spoke at the European Parliament (EP) in Brussels this week, and while her message is consistent with what she said in Congress in early October, the difference lies in how her message was received on this side of the Atlantic.

What DID She Say?

We want to focus mainly on what the impact of her testimony is, but first it’s important to briefly summarize what Ms. Haugen said. To give you the elevator pitch, Haugen states that Facebook has consistently chosen to prioritize profit over safety, ignoring warning signs that its platforms had real-life, harmful impact. For example: Facebook was aware Instagram worsened body image- and other mental health issues among teens, while executives often communicated that social media’s overall effect on mental health was “good.” Also, Ms. Haugen criticized the company for not doing more to fight spread of disinformation on its platforms. So, how was this message received in Europe?

Given Europe’s recent push to curb the power of big tech, it’s unsurprising that Haugen was received like a hero in the EP. Haugen gave the love right back by calling the Parliamentarians a “light in the darkness.” The reason for this: they are speaking the same language. Through the Digital Services Act (DSA), the EU is crafting rules to better moderate online content and hold platforms accountable for content posted on them. While there is disagreement about how far-reaching these new rules should be, there is a consensus that they are necessary. Haugen (or the anti-tech lobbying company she has been working with) also did her homework, as she used her appearance in the EP to make some suggestions about avoiding loopholes in the regulation. For example, she emphasized it’s not enough to simply require companies to hand over data about operations on their platform, as these figures can be cherry-picked. Rather, companies must clearly disclose the process of how they obtained the data to avoid unwanted data being hidden away. The former Facebook employee also warned of special exceptions for “trade secrets” or news media, as companies like Facebook would make immediate use of these exceptions for themselves.

If you ask me, Haugen’s impact on the EU legislative procedure is negligeable. The fact that the proposals for the DSA and the accompanying Digital Markets Act (DMA) were introduced in December 2020 are a clear indication that the EU already smelled something fishy. Now, with Haugen’s testimony and accompanying leaked documents, EU lawmakers have after-the-fact hard evidence for what they have been saying all along. Haugen’s calls for more transparency in content moderation algorithms or closer regulation of targeted advertising have been debated in Europe for years and are not controversial topics anymore.

Rather, it seems Haugen was still speaking to an American audience at the EP. More specifically, it seemed Ms. Haugen was still trying to convince the Parliamentarians that Facebook needs regulating (with a few sprinkles of policy suggestions). In Europe, there is a consensus among lawmakers that divisive, hateful, and extreme content, whether from the right or left, should be moderated. Here, the debate focuses on which tools to use to regulate online content. In the US, and I speak as a fellow American, the debate still focuses on whether content moderation imposes on individuals’ right to free speech. This is something EU lawmakers were surely aware of before she came, making her visit to the EP an elaborate PR exercise for both parties involved. As a politics nerd who hoped something more would come out of these revelations, I can’t help but hide my disappointment.

Once upon a time, in school, I learned how to seek shelter when a nuclear bomb hits the ground. 1. You kneel under your table; 2. don’t look into the light; 3. if you survive the nuclear heat, wait for the blast and survive it, too; 4. and then get out of whatever is left of your school. My youthful apocalyptic anxiety was fed with movies like “War Games” with Matthew Broderick (happy end) or “The Day After” (poopy end with a nuclear-fallout-cancerous Jason Robards tumbling around not knowing who in- or outside Houston has survived). Those were the days, waiting for it to happen while the only blast was Sting’s “Russians” over the radio. In his lyrics he sided with me in not wanting to blow up the planet by stating that “Russians love their children, too”.

However, the globe’s most reliable war-bank – Europe – was good for one more nuke-scenario this week.

When you look at what Belarus and Russia plotted together:

You first laugh, then you see the reports about Merkel desperately calling upon Putin to stop that crap, then you know: This is really happening!

Now. Glasgow aside, Covid-winter-wave aside, China aside, it is messed up and sad how easily we can all vanish. With all the threats we face on the globe, there are still old men playing old games on the old continent and unbelievably somehow manage to top all other threats we currently face in a single instant. For me, it felt like being beamed back to my school-boyish self: I do not want to look into that light, I am somehow waiting for the blast, tumbling and wondering who else will be home tomorrow and I am just happy to be alive. Love and out.